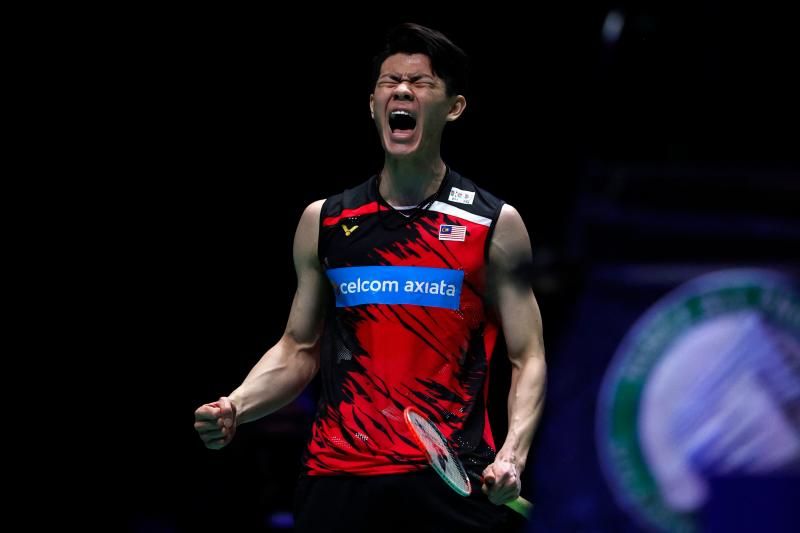 MALAYSIA’S LEE ZII JIA LIFTS 2021 ALL ENGLAND SINGLES TITLE
National top singles ace Lee Zii Jia produced a scintillating performance en route to clinching his maiden All England Badminton Championships men’s singles title with a pulsating 30-29, 20-22, 21-9 win over Viktor Axelsen of Denmark in Birmingham. The World No 10 is also the first Malaysian to win the prestigious title after Lee Chong Wei in 2017. The 23-year-old Kedah-born shuttler joined the likes of Wong Peng Soon, Eddie Choong, Tan Aik Huang, Hafiz Hashim and Chong Wei to win the All England title. Former World No. 1 Chong Wei has tipped Zii Jia to be a medal contender at the Olympics if he reproduces his All England form in Tokyo four months from now. (Malay Mail)

SHENG TAI INKS DEAL WITH IWG TO OPEN FLEXIBLE WORKSPACE IN MALAYSIA
Property outfit Sheng Tai International Sdn Bhd (Sheng Tai) has inked an agreement with global workspace provider International Workplace Group plc (IWG) with brands including Regus and Spaces. The firm said the franchise agreement includes Sheng Tai and IWG collaborating to open flexible workspace in Malaysia. Sheng Tai said it had invested about RM8 million to begin this partnership with three centres in the company’s commercial properties in Melaka. The first centre, which will be developed under Regus, will open in Melaka Trade Square (MetraSquare), Melaka by the end of the second quarter of 2021 (2Q21), while the second centre, under Spaces, will open at The Sail in 2025. Sheng Tai also plans to open more flexible workspaces throughout Malaysia in the next five years. (The Edge)

FOUR YEARS FOR RETAIL INDUSTRY TO RECOVER TO 2019 LEVELS
The local retail sector could take up to four years to recover to 2019 levels “even if a potential surge in sales from revenge shopping materialises”, reported The Edge Malaysia. “The fastest time to reach the same sales level as 2019 will be in 2023. Conservatively, it will most likely be in 2024,” Retail Group Malaysia’s (RGM) managing director Tan Hai Hsin said. “Recovery is highly dependent on the government’s ability to reduce the number of daily positive cases as well as government policies on movement restrictions and social distancing. Vaccination of the majority of the population in Malaysia will take some time… These factors affect shopping traffic,” he explained. Tan also noted that cautious consumer spending and curb on festival celebrations “meant consumers shopped less”. The latest Malaysia Retail Sales Report released by RGM showed that most retail sub-sectors contracted by double digits in 2020, with department store and fashion accessories shrinking the most, at 38.3% and 37.9% respectively. (The Edge)

KNIGHT FRANK: PENANG A BUYER’S MARKET
The Penang property sector is expected to see a modest recovery in 2021, with experts anticipating it to be a buyers’ market on the back of the ongoing vaccine rollout and various government incentives. Knight Frank Penang executive director Mark Saw says recovery of the residential sub-sector will depend on the effectiveness of the Covid-19 vaccine, as well as economic performance. “The government’s stimulus packages, low interest rate environment and Home Ownership Campaign (HOC) will offer opportunities for first-time homebuyers, especially those within the B40 and M40 categories,” he said. “Federal and state incentives aside, developer sales packages and promotions such as rebates, discounts, free gifts or attractive layouts and home concepts that follow the current trend of buyer preference will also play an important role in spurring sales.” Saw adds that future projects under the Penang Transportation Master Plan, Gurney Wharf, Penang Bay, Linear Waterfront and other state plans will also help promote and boost Penang’s location value, which will help attract potential buyers or investors. (The Star)

GLOMAC LAUNCHES AFFORDABLE HOUSE PROJECT AT SAUJANA KLIA
Property developer Glomac Bhd has launched the latest phase of its affordable housing development, Primrose, covering 3.7ha in the Saujana KLIA township, near Sepang. Glomac’s head of marketing and sales Kim Neoh said Primrose is a two-storey terrace house project comprising 123 units with a GDV of RM72 million. The project is expected to be completed in May 2023 and is the last two terrace-house projects offered under the township. Neoh also noted that Primrose is a part of the 231-acre (93.48ha) Saujana KLIA (SKLIA) development, with an estimated GDV of RM1.3 billion. Primrose buyers have the opportunity to enjoy rebates from the Home Ownership Campaign 2.0, which is still ongoing and is expected to end soon. First developed in 2015, SKLIA is planned as a suburban mixed residential development with various types of affordable landed properties under Rumah Selangorku. (The Malaysian Reserve)