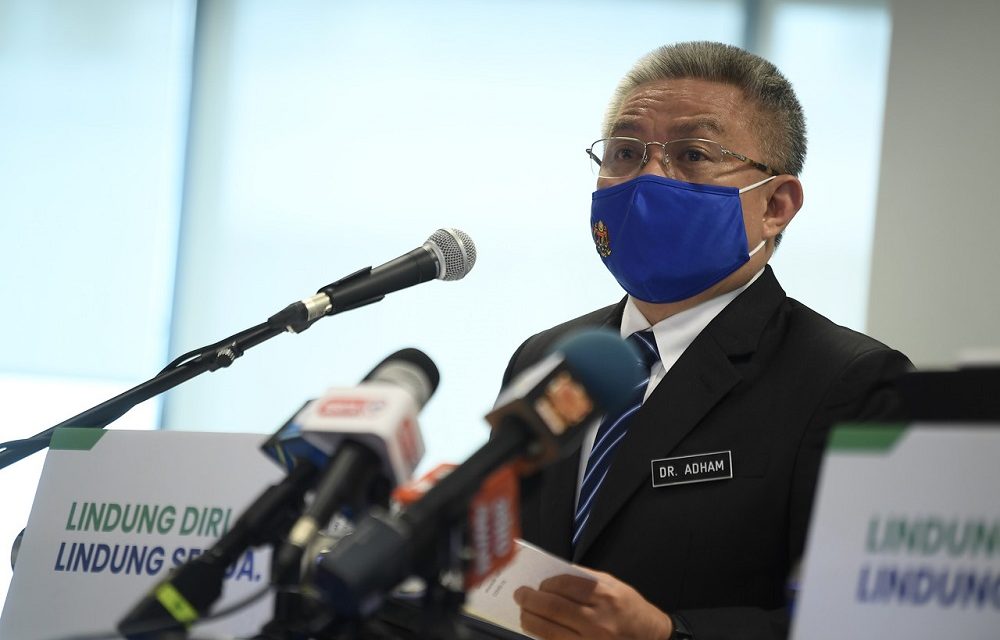 MALAYSIA SETS UP COMPENSATION FUND FOR COVID-19 VACCINATION
Malaysia has established a RM10 million compensation fund to provide cash assistance for any Covid-19 vaccine recipients who suffer severe reactions due to inoculation. Vaccine recipients are able to claim compensation – up to RM500,000 in case of permanent disability or death – in the unlikely event of experiencing severe side effects from the Covid-19 vaccine, says Health Minister Datuk Seri Dr Adham Baba. The fund will be managed by the National Disaster Management Agency (Nadma), and open to Malaysians and non-Malaysians. Up to RM50,000 will be paid out to those who encounter serious side effects and have to undergo long-term hospitalisation. Up to RM500,000 will be paid out in the event of permanent disability or death. The applications for this scheme, he said, would be assessed by three committees from the Health Ministry and would be approved on a case-to-case basis according to proof that the side effects were truly caused by the vaccine. To date, the most common side effect experienced by vaccine recipients was pain around the area where the injection was administered, he added. Other reported side effects were fatigue, headache, aches and fever. (The Star)

SUKE PROJECT SUSPENDED UNTIL SAFETY ASSURED
A stop-work order has been issued and an immediate safety audit ordered on the Sungai Besi-Ulu Kelang Elevated Expressway (SUKE) site where a crane toppled, killing three workers, injuring two others as well as a member of the public. Works Minister Datuk Seri Fadillah Yusof said only rescuers would be allowed at the scene, a SUKE site in Cheras. “The contractor and their safety team must also come up with suggestions for better safety measures if they wish to continue with the project. Maintenance work was being carried out when the crane collapsed. Now the priority is to stabilise the site,” he added. Fadillah said an investigation to be conducted by the Malaysian Highway Authority and Construction Industry Development Board (CIDB) would also check why the roads were not closed to the public before such heavy construction work was carried out. In the SUKE incident yesterday, a Malaysian motorist was badly injured and two construction workers died after falling 120m to the ground. This is the second incident this year involving SUKE. (The Star)

Malaysian authorities suspend Kuala Lumpur highway project after fatal crane accident, SE Asia News & Top Stories – The Straits Times
(Source: The Straits Times)
STUDY: WATER AFFORDABLE IN MALAYSIA
Kuala Lumpur ranks 97 out of 120 cities worldwide for affordability of a 500ml bottle of water at RM1.42, according to a water price index study. This is in contrast to Oslo in Norway, which is the costliest at €1.52 (RM7.44) while the cheapest bottled water can be found in Beirut, Lebanon, at €0.03 (RM0.15). The study, released on Thursday by Holidu.com, a search engine for vacation rentals, revealed the price differences for both tap and bottled water in over 100 cities, including local indicators of tap water quality and water stress. The survey also revealed that Kuala Lumpur ranked 117 out of 120 with its people paying €0.20 (RM0.98) per cubic metre for tap water, at 88.4% lower than the global median price. Innsbruck, Austria has the highest tap water quality score, followed by Helsinki, Finland and Vienna, Austria. Malaysia ranked rather close to the bottom at 95th place, scoring only 59.8%. Association of Water and Energy Research Malaysia (Awer) president S. Piarapakaran pointed out that the finding of low water quality in the study was a concern and it may not reflect the real situation. Noting that bottled water “will always be very expensive”, Piarapakaran also said it was not specified in the study if the bottled water was mineral, distilled or RO water. (The Star)

Water Price Index and quality score
IBM TO SHUT DOWN CYBERJAYA GLOBAL DELIVERY CENTRE ON MAY 31
IBM will be shutting down its Global Delivery Centre located in Cyberjaya, Selangor on May 31 — seven years after it was first opened in February 2014. Aside from its Cyberjaya operations, IBM also has a head office located in Bandar Utama, Petaling Jaya. “As part of IBM’s continual review of the most efficient way to source our products and services, our global centre supporting client information technology (IT) infrastructure in Malaysia will close on May 31. There is no impact on other IBM operations in Malaysia,” an IBM spokesperson said. However, the spokesperson declined to disclose how many jobs will be lost as a result of the closure of the Cyberjaya centre. Many of its employees are understood to have started submitting their job applications to other IT companies in the country. IBM was one of the first technology companies to invest in Cyberjaya, but is not the first multinational to exit Cyberjaya in recent months. (The Edge)

MOT PLANS TO EXTEND EXEMPTION PERIOD FOR ROAD TAX RENEWAL AGAIN
The Ministry of Transport (MoT) plans to extend the exemption period for the renewal of road tax for private vehicles for another two months, said its minister Datuk Seri Dr Wee Ka Siong. He said, however, that drivers need to ensure they have a valid motor vehicle insurance. “I have discussed about the exemption extension with the Road Transport Department (RTD) director-general for them to make necessary preparations, as there are still states that recorded a high number of Covid-19 cases such as Kuala Lumpur and Selangor. At the same time, the ministry is thinking of an effective way to settle unpaid road tax cases in phases, to avoid congestion (at RTD counters) once the exemption is lifted,” he said. On Jan 29, the MoT announced exemptions to all private vehicle owners on renewal of their road tax from Feb 1 until March 31, to prevent crowding in public places during the Movement Control Order. (The Edge)

EXPECT CALL FROM PUTRAJAYA TO REGISTER VACCINE JAB, MYSEJAHTERA USERS TOLD
The government will start calling people who have downloaded the MySejahtera mobile phone app and ask them to register for the national Covid-19 immunisation programme if they haven’t done so already. Science, Technology and Innovation Minister Khairy Jamaluddin said the government will also make house-to-house visits in targeted areas where technological infrastructure is lacking, to help residents register. When asked about the low vaccination registration rate, Khairy said it was the public’s ‘wait and see’ attitude that is to blame. “They want to wait and see how those who have received their jabs are doing,” he said. At the same time, Khairy said there was a need for the government to increase reach-out efforts as some people might be unaware of the immunisation programme. He also appealed to all strata of society to spread the word on the importance of getting vaccinated against Covid-19. (Malay Mail)