Growth in UK house prices has slowed but remains close to 5%, with faster growth seen outside London, according to official data.

House prices across the country increased 4.7% in the year to May, hitting an average of £220,713, the Office for National Statistics (ONS) said. The annual rate fell from 5.3% in April. Between April and May, prices were up 0.5%.

House values rose in all regions, with the east of England still growing at the highest annual rate, of 7.5%, followed by the east Midlands at 7.2%.

Analysts at Jefferies said: “Despite the election and consistent doom-mongering, we note that house prices continue to increase.”

The north-east registered the slowest annual growth, of 1.6%, followed by London at 3%. Prices in the capital are still more than twice as high as the UK average, at £481,345.

The most expensive borough to live in was Kensington and Chelsea, in west London, where the average property cost £1.5m. In Burnley, Lancashire, the average house cost £78,000.

James Allen, head of alternative investments at financial services firm Walker Crips, said: “It is clear that prime London may as well be a different country.” He added that buyers in Kensington and Chelsea would need a deposit of £450,000, based on a mortgage at 70% loan to value.

“For a one-salary household, gross income would have to be £222,000. The number of people in the UK earning more than £200,000 is estimated to be 235,000 or 0.7%. When such a small proportion of the population can afford to live in a borough, demand must be coming from other quarters, namely foreign buyers.”

Annual price change for UK by country over the past five years Photograph: ONS/Land Registry

The ONS uses data from the Land Registry. Its annual house price growth has slowed since mid-2016 but remains faster than the 2-3% growth reported by major mortgage lenders Halifax and Nationwide in recent months. Analysts believe that a fresh slowdown is under way.

Samuel Tombs of consultancy Pantheon Macroeconomics is predicting that annual price growth will slow to 1.5% by the end of the year.

He argued: “Lenders are reporting that they will lend less in the third quarter and the recent pickup in wholesale funding costs suggests that they will not continue to cut mortgage rates. Meanwhile, the recent deterioration in consumer confidence, largely in response to the intensifying squeeze on real incomes, has made households less willing to make big ticket purchases.”

The number of homes sold in the UK slumped 41% year-on-year in March, largely because the March 2016 figure was boosted by buyers rushing to complete before stamp duty changes the following month, the ONS said. In London, transactions fell even further, by 57% (and 62% in inner London).

The housing slowdown means that the average home in Britain has increased just over £3,000 in value (or £16.79 a day) since the start of the year, according to analysis by Zoopla. The property website found the typical home was valued at £304,469 as of 30 June, £3,309 more than in January. By contrast, the average property value increased by £13,852 in the same period last year.

Belper in Derbyshire, Hove in East Sussex, Todmorden in West Yorkshire, Woodbridge and Sudbury in Suffolk are the towns that have seen the fastest house price growth since January, between 6.6% and 7.4%, according to Zoopla. Bexley and Swanley in Kent, Langport in Somerset, Worcester Park in south-west London and Holyhead in Anglesey round out the top 10 property hotspots, with price growth of more than 6%.

Richmond in North Yorkshire, Leatherhead and Walton-on-Thames in Surrey, and Altrincham in Manchester were identified as coldspots, with the biggest percentage falls in values – at around 5%. Pwllheli in Gwynedd, Weybridge in Surrey, Southwell in Nottinghamshire, Ellesmere Port in Cheshire, Burnley and Pontefract in West Yorkshire have also seen prices fall since January, by more than 4%.

Doug Crawford, chief executive of conveyancing website My Home Move, said that despite the slight slowdown, “the housing market is still simmering away nicely. Even though the overall growth rate has fallen, for first time buyers the slower rate of house price growth will be welcome, particularly with inflation running ahead of wages for many.”

However, recent research conducted by his firm found that average deposits climbed to £6,000 in the last year, with increases in some regions of more than 30%.

Anne Baxendale of housing charity Shelter said: “While prices may be slowing in London, the idea of owning a home of your own is still just a fantasy for most people.

“The government needs to change the rules of the game by introducing a fresh, new way of building homes that brings down the colossal cost of land and gives more powers to communities to deliver the genuinely affordable, high-quality homes that ordinary families are crying out for.”

Rents are also going up. Private rents rose 1.8% in the year to June, the same rate as in the previous three months, according to an experimental rental housing index from the ONS. It shows rents rose 14.8% between January 2011 and June 2017, driven by London.

Lifestyle Property is a group of highly experienced real estate consultants and agents dedicated to advising clients on all aspects of the property market, including sourcing property for investment, mortgage broking, connecting clients with rental agents and even visa-by-investment specialists. The group’s mission to break the mould of the industry standard and redefine the clients’ view of real estate brokers in general.

At LFS Property we do not sell property, we advise clients on the property. We will do our own in-depth due diligence on each property sale and then advise the client as to whether or not it is a good bad purchase/investment opportunity. We can offer this service free to all those clients who use us as their appointed agents to source them the home they require.

We also provide a sound rentals service for owners and tenants alike. If you are new to the city of Bangkok or Hong Kong, please tell us what it is you are looking for in your home and we will suggest the areas, towers, estates etc that will best suit your lifestyle. Check our websites below: 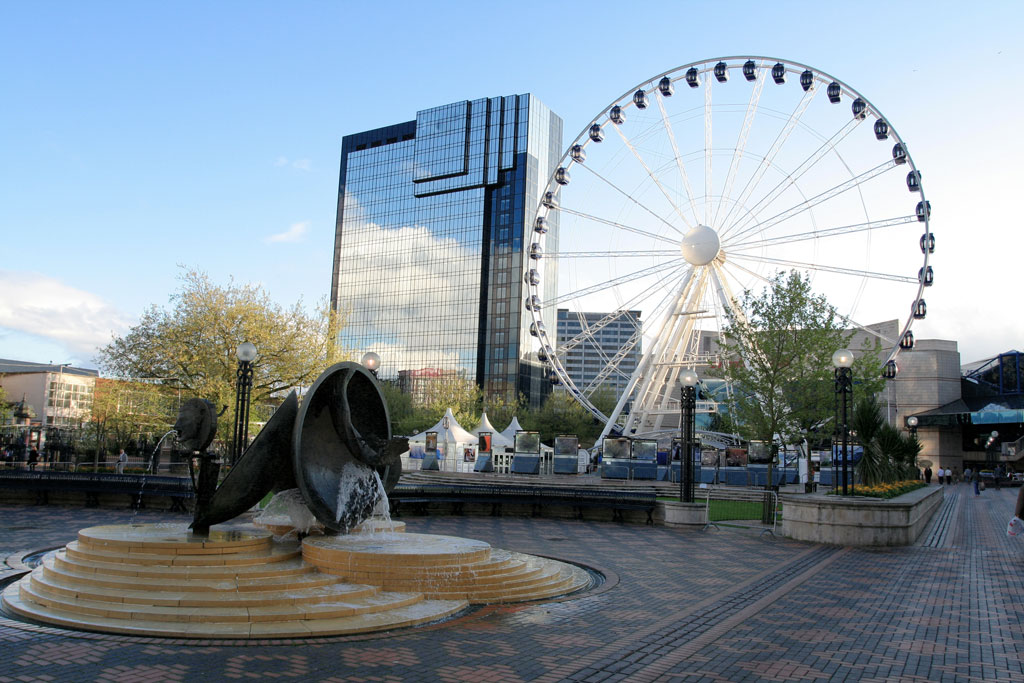 Birmingham has been on the mind and mouth of investors interested in buy-to-let properties in the UK for several years. Known for its high quality of life, with the benefit of a 60% lower cost of living than in London, the overall city’s growth and development makes Birmingham an exciting property investment location.

With banks, investment firms, MedTech companies and even SME’s moving their offices and operations there, so are the UK’s young professionals. While already being West Midland’s biggest communication hub, HS2 fast rail that is being built will link Birmingham to Lonon in 45 minutes, only increasing the city’s status on the UK’s map.

Read on our 5 top reasons to invest in Birmingham properties in 2021 to get a complete overview of the city’s investment potential.